This interview is Copyright Henshin Justice Unlimited. Do not directly Copy and Paste, in Whole or Part, any portion of this interview, regardless of previous permissions made on our content. Instead, please link to the interview’s original page!

Exclusively at Henshin Justice Unlimited, we can confirm, and have an interview with, the Executive Producer of Power Rangers: Dino Charge, Judd Lynn. A fan favorite for years, he has come back to the series and granted Keith Justice, Founder of HJU, an interview, which goes into his creative process on the show, as well as his own history with the business. Hit the jump for the full interview!

HJU: I just wanted to thank you for your time and sitting down with us here at Henshin Justice Unlimited. It’s been a while.

Judd: Thanks for asking me for an interview. I’m always humbled by how many people love the show, even as they get older. I can totally understand, since I love to go back and watch the TV I watched as a kid. Having been part of a show that the audience carries in their heart all the way into adulthood is really special. And now, to come back and have a huge opportunity to really shape the show like I’ve never done before is fantastic.

HJU: Can you tell us the circumstances behind how you were brought back to being the showrunner for Power Rangers? Who made that call to change showrunners and why did the choose you in particular?

Judd: The people at Saban wanted to give Rangers a fresh vision. I had previously been brought in to develop another project, and there was a delay in that development, so they asked me to pitch the new Power Ranger season. They liked what I had in mind, and so on decided it would be best to have me be in charge as the showrunner, to assure that what I envisioned would make it to the screen. 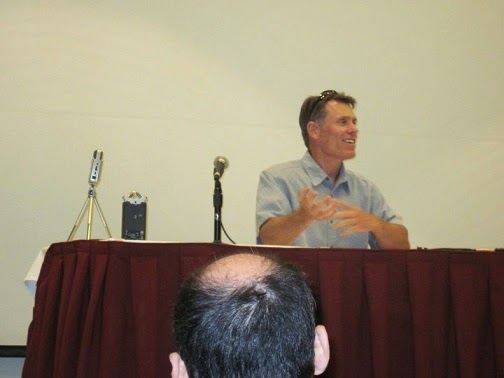 The decision to replace the previous EP is not taken lightly. Those who venture on that ground are taking many risks, especially with a show as unique as Rangers. I was not present when the decision was made, but I’m sure it involved all of the execs at Saban.

HJU: How familiar are you with Kyoryuger and if you’ve seen it, what did you think of how your colleague, Koichi Sakamoto, handled it? 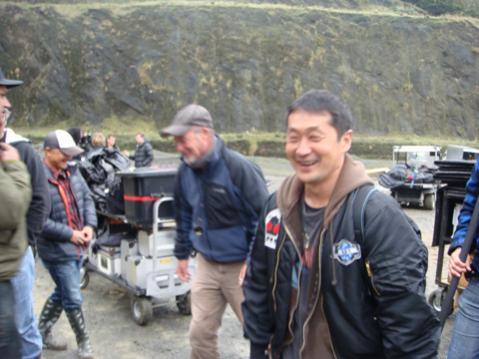 Judd: I’m very familiar with Kyoryuger, although I’m not sure I can pronounce it. As always, the Japanese did a great show. As for Koichi, he has a gift for this stuff which stems from the fact that he grew up with these shows, and he loves the genre. Whether he’s in a story meeting, directing on set, or working in an editing suite, he is universally liked and respected. While working in New Zealand, he and his wife had just had a baby boy. He posted a photo of the happy arrival on a bulletin board in the production office. Below it, Koichi had written something like, “Born on Monday, he will be home on Tuesday, and his training shall begin on Wednesday.” That sums up Koichi.

HJU:Have you seen any of Gobuster and do you have any opinions on it? And do you know why Saban Brands chose to skip it?

Judd: I am very familiar with Go-Buster. I thought it was fantastic. Although it was considered for the upcoming season, I think the Dinosaur element gave Kyoryuger an edge. Dinos are always popular with kids and Rangers hadn’t done one in awhile.

HJU:Are any plans to revisit it?

Judd: I’m not sure if Saban would re-visit Go-Buster. I suppose it would depend on what else there is to choose from.

Judd: I am very well-versed on Kyoryuger. There are lots of good elements, but I really love the Purple Zord, which is the Plesio Zord because it is so eclectic; a dinosaur-based zord, that is parked in an hanger under the ocean, and can fly into space. Whenever I find myself getting tied up in logic questions, I remember crazy combinations like that one. Our audience has a vast imagination and will go wherever we dare to take them. The restrictions of an adult mind are limiting in the Ranger World.

HJU:Are you thinking of relating Dino Charge to prior Power Rangers seasons? Any chances of the robots being related to the original Dinozords, for example? As part of this, do you know if you’re getting access to Kyoryuger vs Go-Busters Versus movie footage, that contains the big DinoRanger Team Up? Could we see a special episode along the lines of Forever Red made with it?

Judd: As you know, there is an overarching “Power” that kind of ties all the Rangers together. That’s how we can justify re-union stories That said, each season is also distinctively unique and self-contained. So even though, to use your example, the Dino Zords from this season may not be explicitly tied to those of previous seasons, someday we may discover that they’re all related.

HJU: What process do you go through when creating a new world for your characters to adventure in? What elements are most important to tackle first? Feel free to use past series on how you’ve gone about your world building.

Judd: The first step in building a world is to consider what you have to work with; what major elements must be incorporated? What is the overall theme, ie, trains, dinos, race cars, etc? Who are the characters and how many are there? What is the time period? What are the Zords? Is there a theme to the villains? I find that as my my wanders through these considerations, I can’t help but start having ideas of how they might fit together in a new way. Deciding on which of these ideas is “good” is the trick. Does it have “legs,” meaning, can it compel the story long enough?
There’s a difference between an episodic story, which only lasts 20 minutes, and a season arc, which must be sustained over a much longer period. So, you start banging around ideas, keeping track of which ones you like, and which ones seem to have something unique or magical about them…even though you might not know exactly how they fit together yet. After a while, it becomes like a waterfall; the ideas just keep flowing. You keep some, toss others. Remember, a story is never finished, it’s abandoned. You simply must move on, and so you go with what you have. Often there are logic problems that persist, or characters you haven’t figured out, but you have to keep going regardless.

HJU:Do you listen to music or anything in particular to keep your creative drive going and keep away writer’s block? Do you have any items you keep on your desk?

Judd: Sometimes music is nice, but generally I like it quiet. If it’s windy out, I open a window. That kind of random white noise is good. But music catches my attention too much, especially if it has lyrics, I find it hard to concentrate.

HJU:Are there any characters you’ve helped create that are particularly special to you, or that you personally identify with in any way, and how?

Vanilla characters are no fun to write, and therefore less fun to watch. And when you give them actions to do, the audiences isn’t invested in the outcome because they don’t care. Imagine someone hitting a dog, and you think, “wow, that’s wrong.” Imagine someone hitting MY dog, and I’ll kick their ass. That’s why you want an emotional connection to your heroes. Judd: Every creative endeavor that involves profit has, by definition, many competing interests. With Rangers, there will be the corporate voice, the network voice, and the voice of the production company. Each one fights for what is in their interest. All must be listened to. What happened in the past was that my opinion was often in conflict with other production voices. What will happen this time is that my voice will shape the production opinion. The stories will still have to withstand other interests, but at least there will be less compromise on the production end. Marry that with the fact that I can now oversee all of the other creative aspects, ie. Set design, costumes, casting, etc, and it’s a recipe for true change. Whether or not the fandom likes that change remains to be seen.

HJU:Just wanted to thank you very much for your time. It has been an honor, once again.

We would like to extend a special thanks to Judd Lynn for granting us this insightful interview. We here at Henshin Justice Unlimited are looking forward to the upcoming season and seeing more of Judd in the coming months!

What do you make of the interview? Let us know in the comments, and keep it locked here for more great Tokusatsu content!

This interview is Copyright Henshin Justice Unlimited. Do not directly Copy and Paste, in Whole or Part, any portion of this interview, regardless of previous permissions made on our content. Instead, please link to the interview’s original page!