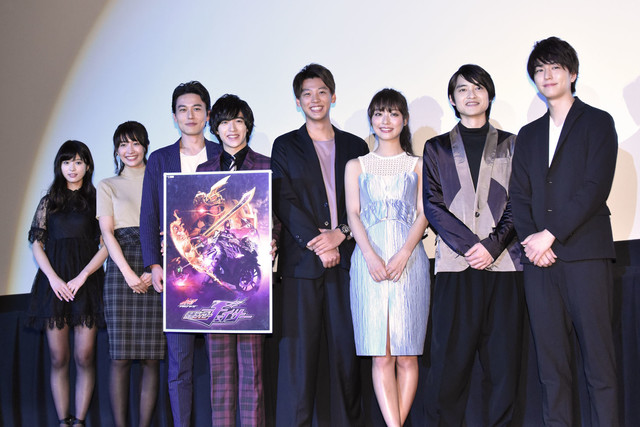 A special screening for the Drive Saga: Kamen Rider Chaser film happened last February 20th, and during the event, we learned some stuff about the film coming straight from the actors. Here some of those interesting bits.

Ryoma Takeuchi (Shinnosuke Tomari/Kamen Rider Drive) is a big fan of the Kamen Rider franchise was asked on which Rider he would like to work with in this movie, in which he replied, “Accel”. Because of this, Kamen Rider Accel is in the movie. He liked Accel so much that during the filming, he mistakenly called Terui as Fukui!

Finally, Yu Inaba (Gou Shijima/Kamen Rider Mach) talked about the Kamen Rider Drive ~Mach Saga~ novel, which is available the same day as the premiere of the film. He revealed that many things coming from the novel are going to connect in this movie.