A Look at the Cast of the 2017 Power Rangers Film 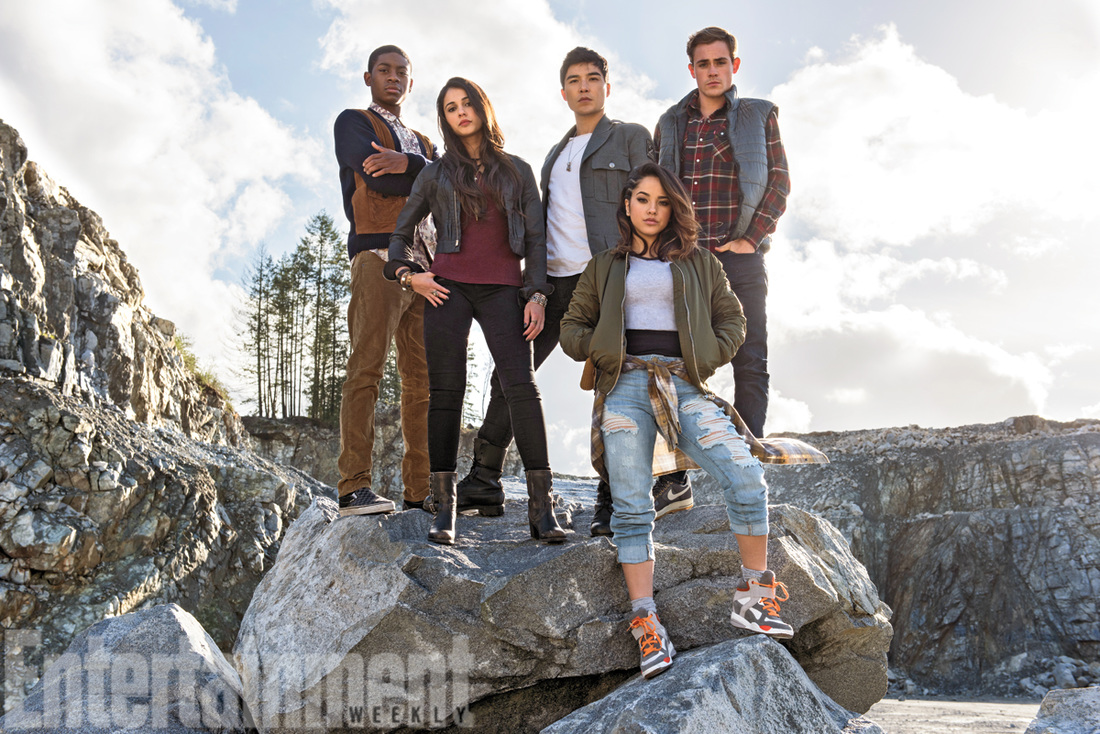 Here’s our first look at the cast of the upcoming Power Rangers movie in their civilian outfits courtesy of Entertainment Weekly.

In addition, director Dean Israelite revealed the difference between these Rangers to their original 1993 counterparts. He stated that he wanted a superhero story that reflects the lives of today’s teens. The film is a coming of age story focusing on these“disenfranchised and disparate” high schoolers who are not friends at the start of the story.
​
Isaraelite also revealed that even though they switched some of the characters races around, they made sure that the essense of each of those characters are still intact in the movie and even states that this “will be an origin story of those characters.”

He also described the new Ranger suits, which were created by the folks at Weta Workshop (Lord of the Rings) to be immediately recognizable as belonging to the Power Rangers while giving it a “really modern, edgy, badass, aspirational quality.” More on the suits, Israelite said, “We’ve really pushed ourselves to make them feel different from any other superhero costume that’s out there. One key that’s different to the Power Ranger suits is that they’re not really suits that people get into. They’re suits that morph onto our kids, so they already have this almost metaphysical quality to them.”

Finally, he talked about Elizabeth Banks as Rita Repulsa. The director describes Banks taking on the role as “I think what she loves is the opportunity to really embrace the insanity and deliciousness of Rita Repulsa in terms of how weird and wonderful that character was, and really dive into and consume that character. You should always be off-balance when you’re watching her. Is she insane? Is she totally calculated? Does she know what she’s doing? Elizabeth can toe that line really well.”